If you are a recent shopper at a Matalan store, then you have the chance to participate in their online customer service questionnaire. The following article provides detailed information about this survey such as what you will need in order to participate and a step-by-step guide to finishing it. You’ll also discover more information about the store and how to contact the company if needed.

Matalan – About the Company

Matalan is a British homeware and fashion retailer first established in 1985. They base their work out of Knowsley, United Kingdom, and they have over 200 locations throughout the United Kingdom. The company sells merchandise for women, men, girls, and boys in addition to selling items such as jewelry, shoes, home items, and more.

What is the Matalan Survey

When you take the Matalan survey, you will be providing the company with basic feedback about your experience. Many of the questions are yes/no, rating your satisfaction with a number of areas, selecting which departments you shopped at, and more.

What You Will Need

If you are only interested in the monthly draw, then you don’t need to make any purchase. However, in order to take the actual survey, you will need to have shopped at the store. It is the only way to receive either a survey invitation card or a receipt with the necessary numbers on each to enter to begin the survey. As it stands, it is clear you’ll require a device capable of having a steady internet connection to take the survey.

How to Participate in the Matalan Survey Useful Information about the Matalan Survey

On the official Matalan webpage, you can shop and order from all of their departments. To take their Customer Experience Survey, you will have to visit the survey website.

For completing their customer survey, you will enter a monthly prize draw for the chance to win £100 worth of Matalan vouchers. This monthly draw is only open to legal United Kingdom residents who are 18-years-old or older. Employees of Matalan and their immediate families or agents are not eligible. In addition, the team allows only two entries per household per month. 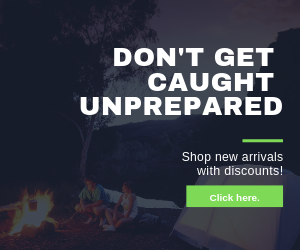 Matalan has an estimated 217 stores located throughout the United Kingdom. On their official webpage, you can find and use their store locator to discover a location closest to you.

You can contact Matalan’s customer care team several ways such as by calling 0333-004-4444 Mon-Sun, 8AM-6PM. There is also a customer care email address you can use: [email protected]. They have a response time anywhere between 24-72 hours.

If you want to write to them, you can send the mail to Customer Services, Matalan, Perimeter Road, Knowsley Industrial Park, Liverpool, L33 7SZ. The company is also available on the following social media and similar websites: Facebook, Twitter, Instagram, YouTube, Pinterest, and Google+.