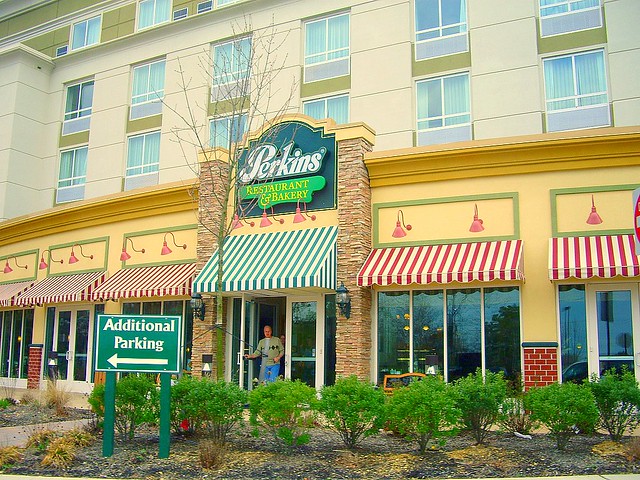 Perkins Restaurant and Bakery offers opportunities for customers to give them feedback. You can take the Perkins Experience Survey after making a purchase at one of their locations.

Embracing customer feedback is likely what has kept them operating for the past sixty years and counting. Take a minute and give them your thoughts and opinions. After all, they can’t fix something if they don’t know it’s broken.

About Perkins Restaurant and Bakery

Perkins was first established back in 1958 under the name Perkins Pancake House. The first location was in Cincinnati, Ohio. Just a couple of years later, Perkins began to expand their holdings by encouraging franchise owners to take a leap and open new locations.

During the 1970s, the goal was to open over 200 new locations, at which point the original founders, Matt and Ivan Perkins, sold the company to Holiday Inn and chose to retire. In the 1980s, the restaurant went through a small rebranding and emerged as Perkins Family Restaurants.

Through the end of the 1990s, Perkins experienced steady growth and eventually had nearly 500 restaurants in a total of 32 different states. Expansion didn’t stop there, though, and continued through the early 2000s as Holiday Inn also acquired Marie Callender’s chain of restaurants.

The result of the acquisition included a merger with a subsidiary named The Restaurant Company. It appeared the business was booming until 2011 when a number of restaurants shut their doors with no notice. The company resulted in filing for bankruptcy June of that year and thousands of workers that were laid off. As of the end of 2018, there were only 382 locations that remained open between the U.S and Canada which you can find with the restaurant locator found on their website.

If you’re interested in helping Perkins expand to other locations, you can consider becoming a franchisee. You can find plenty of information on their FAQ page if you’d like to explore the possibility of owning and operating a restaurant and bakery that has shown its resiliency even in the face of its rocky history.

According to their requirements, you must have a minimum of $500,000 in liquid assets in order to make sure you have enough funding to open a location. You would also have to agree to a 20-year license agreement, and for every year from the third year on, you will have to pay 4% of your revenue as your franchise fee to the main company.

Other requirements include having a large enough building with enough traffic nearby to ensure that the restaurant has a chance to get its foot in the door and thrive.

As Perkins continues to rebuild its presence across the country, it is also seeking new franchise owners. There are plenty of available markets that you can choose from as well. If your first restaurant is successful, you can open subsequent locations and receive discounts from corporate along the way, too. You can contact Perkins for more information if you’re interested.

What is the Perkins Experience Survey?

The Perkins Experience Survey is found online and can be conducted in a matter of minutes. Perkins has this survey in order to get to know whether or not their customers are happy with their experience upon visiting the restaurant or the bakery.

Perkins takes feedback to hear and is willing to change as needed to continue to provide the best customer experience. Once you complete your survey, you will also receive a reward like a 10% discount on your next purchase.

How to Participate in the Perkins Experience Survey

To participate in the Perkins Experience Survey, you have to be eligible according to their rules. To begin with, at least a single purchase is necessary, you must be at least 18 years old upon taking the survey, and you must be a legal resident of either Canada or the U.S. Residency applies because this is where the restaurants are located.

To get started with taking the survey, you will need a computer or other smart device with an active internet connection. You’ll also need a valid receipt with a survey code which can be found at the bottom of the receipt. It will also be a good idea if you understand English as the survey is delivered only in English.

When you visit Perkins’ survey site, you’re going to need to enter the survey code that is printed towards the end of your receipt. Once you enter the code, click on the start button to begin answering questions. If you don’t have the code, you can still take the survey as long as you have the store and check numbers to get it started. Remember, answer everything as truthfully as possible because they want to know what you have to say.

Once you’ve completed answering the questions, you’ll click on the submit button and receive a reward code in exchange for taking your time to finish the Perkins Experience Survey. Remember, you only have three days from the date of purchase to take the survey, so don’t miss the opportunity for one of those rewards. 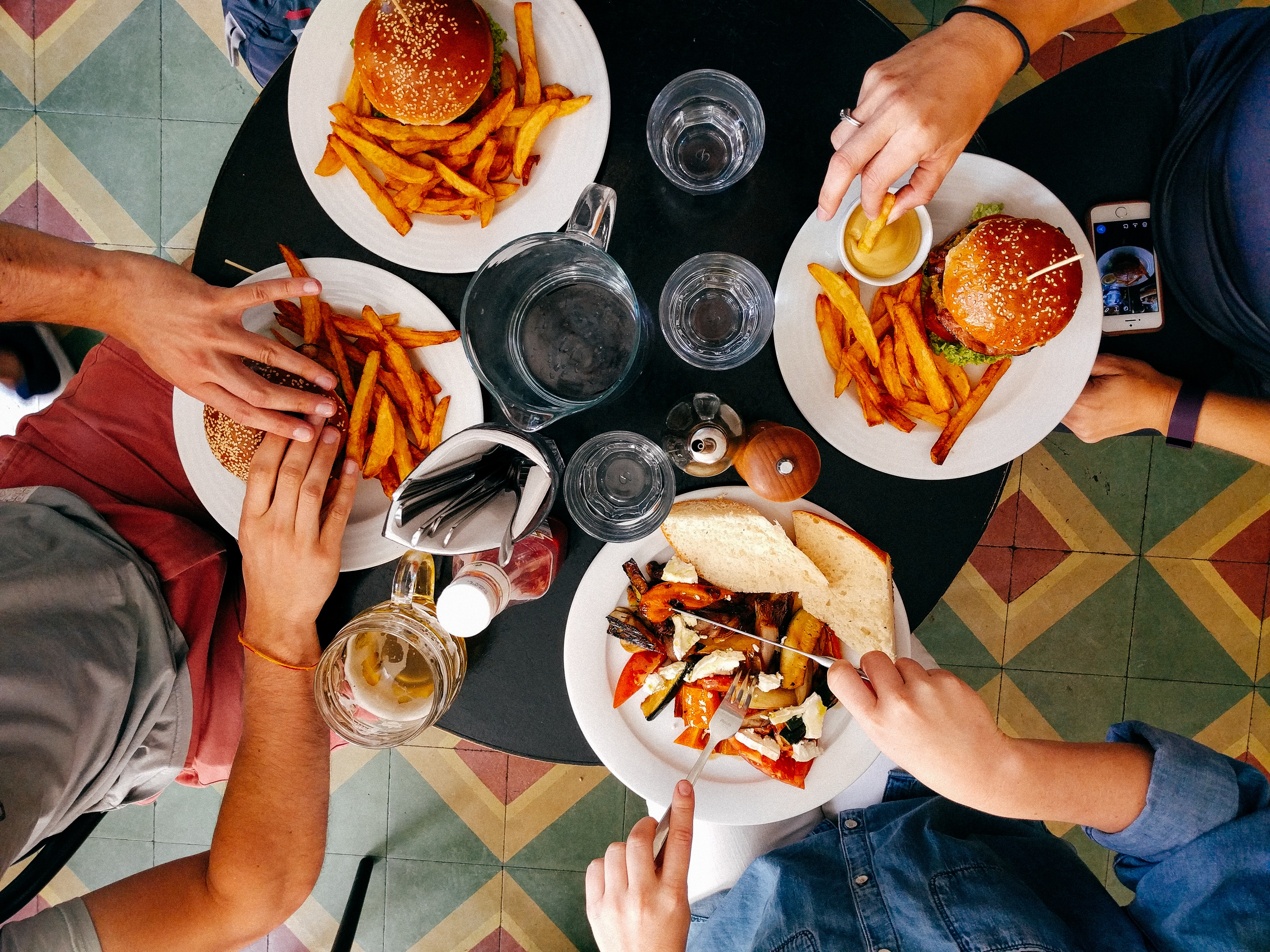 Perkins regularly updates their survey guidelines, so you’ll want to check back and see if it is currently running or in between data collections. Survey validation codes are also only valid at participating restaurants, so you should verify that it’s an option at your location if you’re hoping to redeem any rewards or discounts received.

You are limited to a single survey per guest per month. In order to receive the discount on your next purchase, you will need to have the receipt you used along with the validation code received at the end of the survey.

Discounts or any other rewards cannot be combined with other promotions and is only applicable to the main menu. This means it cannot be used when ordering off of the Kid’s Menu, 55+ Menu, as well as the Bakery To-Go Menu.

Other Opportunities from Perkins 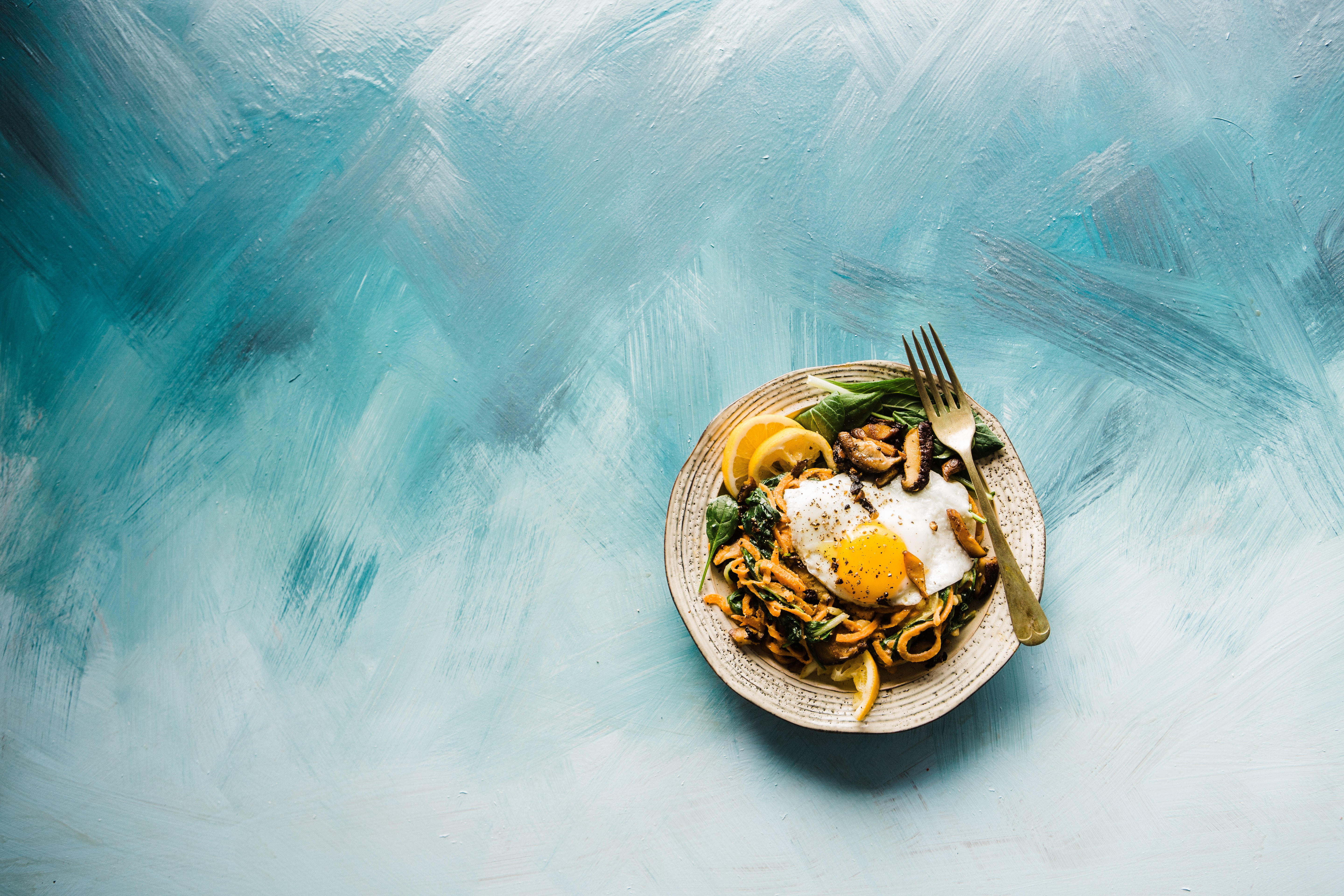 Perkins Restaurants have many time-honored traditions like always evolving to meet consumer demands. One of these examples that showcases how much they value customer input is with the  60th anniversary recipe contest that they hosted in 2018. Announced in April, the company invited its patrons to submit a new and original recipe that could be added to the menu.

Criteria for the winning dish was based on originality of the recipe, the overall taste of the dish, and whether or not it is easy to prepare and recreate across all restaurant locations. The recipe also had to fit with the type of food that Perkins delivers every single day.

A few months later when the winner was announced, the dish made its debut at their headquarters located in Memphis, Tennessee. The winner was Debra Jo Wagner from Minneapolis, MN and her creation was a Monte Cristo sandwich.

Not only did she receive culinary notoriety from being selected, but she also received a $1000 gift card for her to use at her leisure. Check back with Perkins on a regular basis to see what other opportunities may be waiting for you. 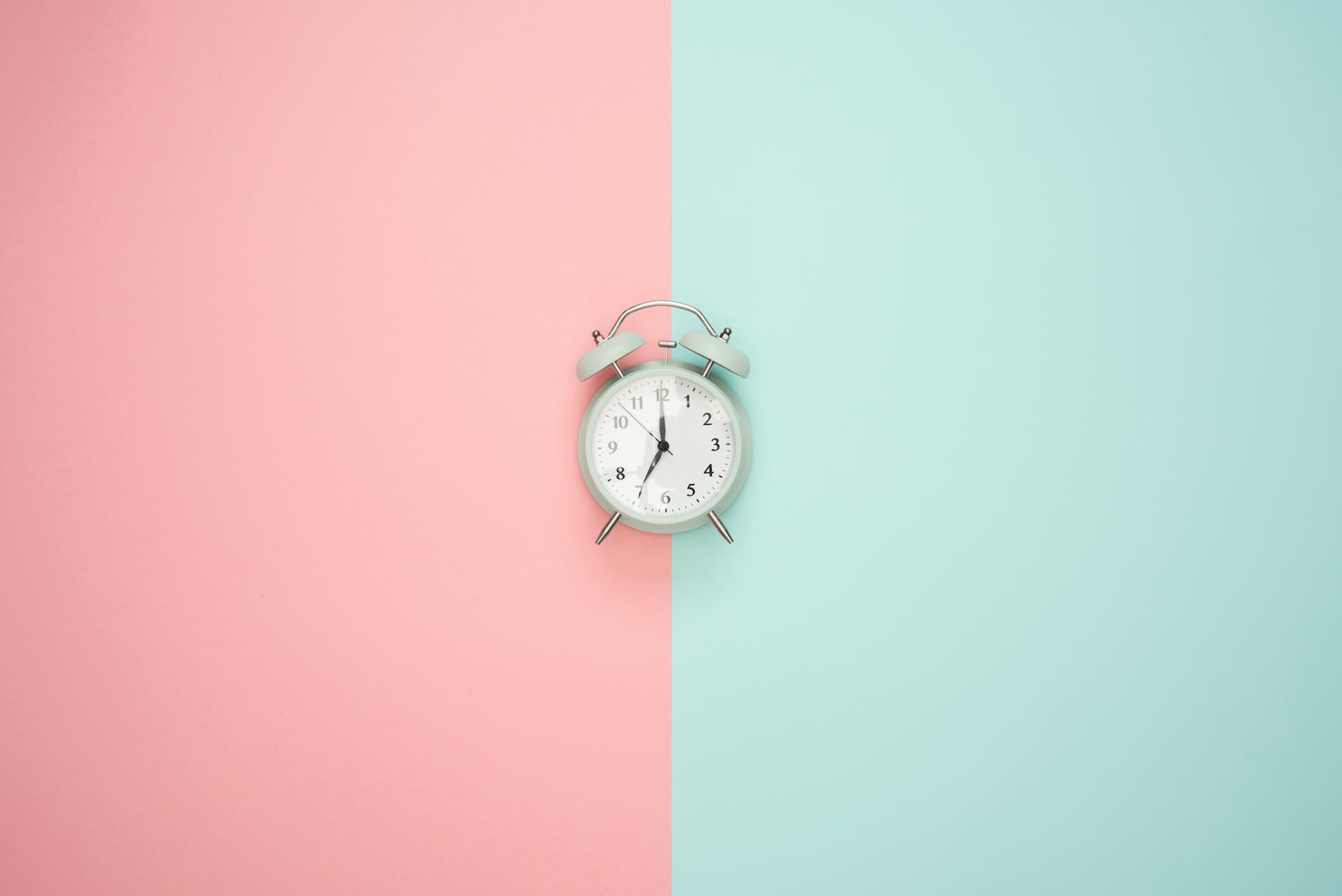 Hours vary by location, but most locations typically open at 6:00 AM and close at 10:00 PM, Monday through Sunday. To get more accurate hours for the location near you, you’ll want to check out theirrestaurant locator or Google your nearest location. 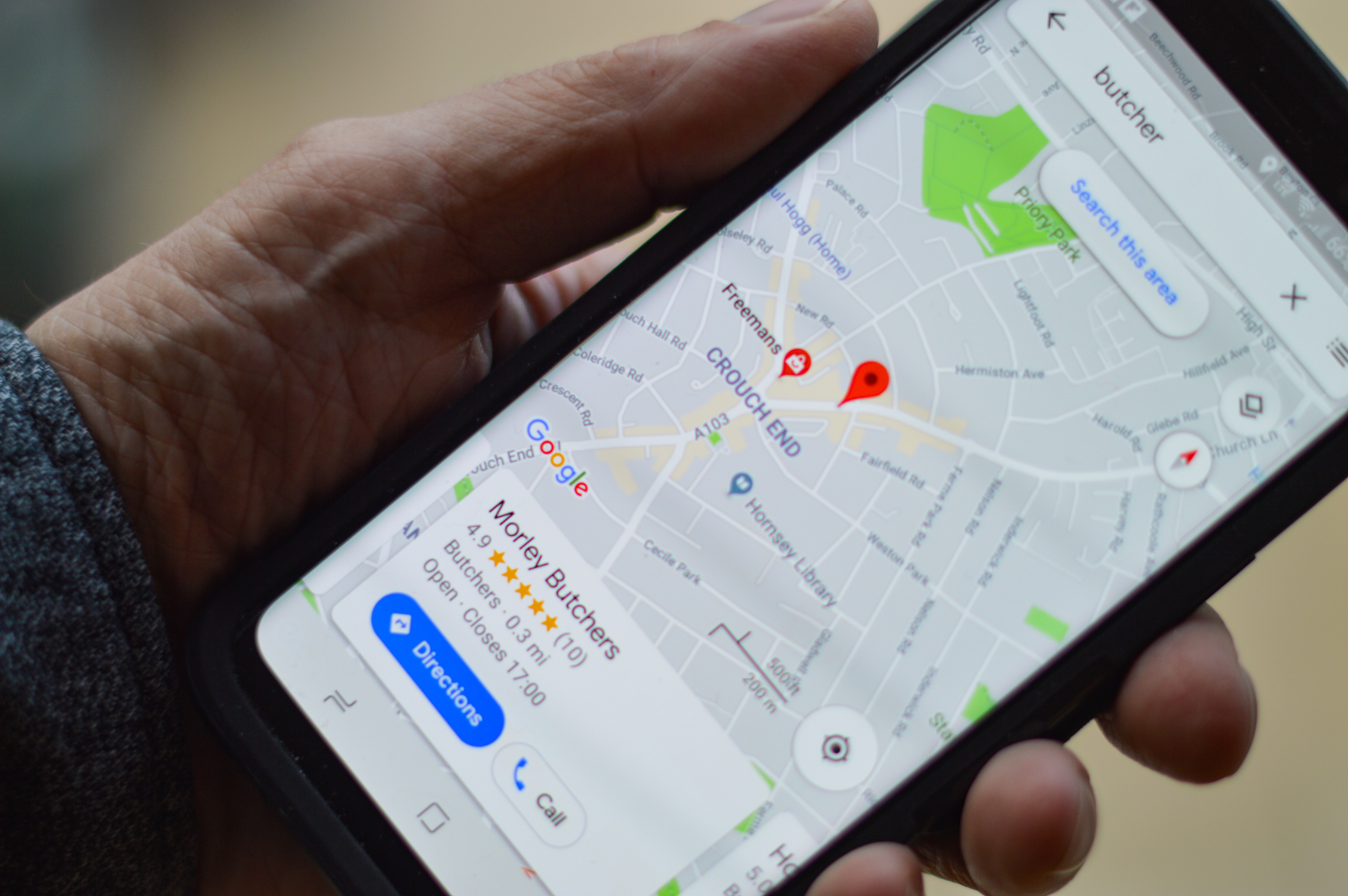 You will find Perkins Restaurants all over the United States across 32 states. You can find more about where they are located by clicking on their state-specific list to see if there is one near you.

If you’re in Canada, you’ll find a total of seventeen different locations in various provinces including Alberta, Manitoba, British Columbia, Ontario, and Saskatchewan. If you want more specifics, feel free to check their Canada listings to find one near you.

If you need to reach Perkins, don’t hesitate to contact them. You can use their site’s comment form or call them directly if you need to. Additionally, you can look up your local store’s phone number if you need to call a specific store.